First, light. Everything else follows, for light is the language of photography as well as its raw material. As a poet uses words, so a photographer uses light.
— Joe Cornish

I've been into nature and landscape photography as a hobby since 2004. Over the years, my preferred subjects and my equipment have changed, as has my style. One constant that has been there over the years however is a deep love for being outdoors, enjoying nature in wonderful places, always looking for new subjects and particular light conditions, as well as meeting other people with similar interests.

Taking good pictures can be learned, to some extent. Apart from being outside and taking pictures, I believe that looking at pictures can also train the inner eye of a photographer. As a landscape photographer, I enjoy looking at the pictures of photographers such as Joe Cornish, Chris Coe, Galen Rowell, or John Shaw. What makes a good picture in the classical sense has not changed over the last centuries; paintings from the Dutch Golden Age or the work of German painter Caspar David Friedrich can be very inspiring.

The Role of Gear

I believe the photographer behind the camera is much more important than the camera itself. A good and modern camera might create technically good pictures — but not automatically artistically good pictures. I can work perfectly fine with the same camera for many years, if it just does what I need it to do: Being a tool that facilitates photography.

Accordingly, I have only had a handful of cameras in almost 20 years. My first digital camera was a Canon 300D, which failed in 2006 in the freezing cold while on a winter photography trip in the mountains. I kept its successor, a Canon 20D, for six years until I moved on to a Canon 5D Mark III full-frame camera. The main reason for upgrading was the larger viewfinder, which is much more comfortable than a smaller APS-C viewfinder. For the next decade I only added a few lenses and filters and in 2022 I finally decided to upgrade to a Canon EOS R5, a camera with a much higher resolution at a lighter weight and with benefits such as in-body image stabilization and much more.

And yet, when I come across an unexpected scenery, even my mobile phone has proven to be capable!

On this website I present a condensed portfolio of my work as an amateur photographer over the last years. In 2012, it underwent a major update was enhanced to support the Retina displays of devices such as the Apple iPad 3 and the 2012 Apple MacBook Pro.

In early 2016, the website was completely rewritten, this time using the Skeleton CSS boilerplate to make it responsive and adapt to the smaller displays of mobile devices. The design was also slightly reworked and given a somewhat more modern look.

In June 2021, a captcha was added in the contact form since my mailbox was literally being flooded with spam mail.

In November 2021, metadata for some of the photographs was added.

As of December 2021, borders around pictures are now dynamically generated using CSS and the website supports dark and light color modes.

In November 2022, the handling of picture metadata was extended and rewritten to rely entirely on XML. 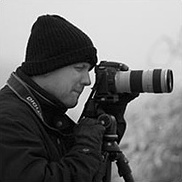 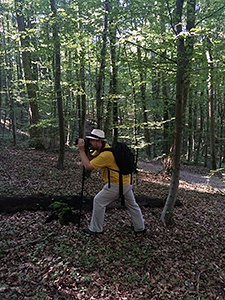 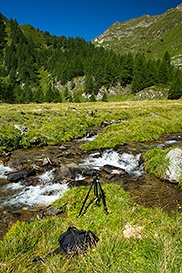 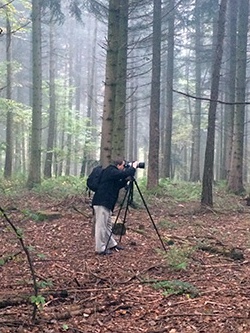